Your body is extremely smart, and I’m not talking about your IQ. One such demonstration of this remarkable intelligence in action is your body’s response to a cut…You bleed for a moment and then the bleeding stops. That’s the body’s blood clotting intelligence in action, a rapid biochemical response that initially creates a plug at the spot where a blood vessel has been injured, followed by tissue repair and rebuilding.

You never have to think about this response. The body does it automatically. It summons to the site a conglomeration of blood cells, platelets (small sticky cells), and a protein called fibrin to form a mesh to stanch the flow.

Such clotting, or coagulation as it is called, is a natural and necessary defensive mechanism designed to stem blood loss.

The Best and Worst Foods for Circulation and Blood Flow

However, many people develop clots unrelated to this self-protective process following a wound. Their blood clots abnormally, raising the danger of a clot flowing into the blood stream. If that happens, their health and even their life can be at risk for a number of reasons:

1. A common arrhythmia called atrial fibrillation involves abnormal cardiac contractions in which clots can form in the left atrium, one of the chambers of the heart. The danger is that a clot will flow out of the heart and block an artery to the brain or inside the brain, causing a stroke.

2. In coronary heart disease, an artery to the heart develops plaque along its inner lining and if a piece of the plaque breaks off, a clot will form around the breakaway piece. The clot can then flow towards the heart and, at some point, become stuck and block the blood flow. This can happen in one or more of the vital coronary arteries. When the ever-pumping heart muscle fails to receive enough of a blood supply the result could be chest pain or a heart attack.

3. Clots that form in your legs are known as deep vein thromboses. They can cause local pain and swelling. However, such clots may migrate up in the body, reach the lungs and block an artery there, causing sudden shortness of breath, chest pain, or a bloody cough. If not treated promptly, the situation could be fatal.

Hypercoagulable blood, that is, thickened, clot-prone blood can develop as a result of chronic inflammation in the body. Conditions associated with excessive blood clotting include arterial disease (atherosclerosis), high blood pressure, metabolic syndrome, diabetes, atrial fibrillation, being overweight or obese, smoking, and immobility, where you don’t stand or walk for hours at a time, such as on a long trip or after surgery.

There could also be a genetic glitch.

And, surprisingly, there might also be an increased blood clotting risk from the frequencies emitted from cell phones. That’s the conclusion of a small, but eye opening 2015 study conducted by the Weston Price Foundation in Washington D.C. According to the foundation, the study revealed a clumping effect (thicker blood) through darkfield microscopic analysis of blood samples taken from ten healthy individuals who carried a cellphone in receiving mode in a backpack for 45 minutes. Such changes, the report concluded, “are frequently observed in ill persons or those eating less-than-optimal diets.” The foundation is dedicated to dietary education and research primarily related to the importance of healthy animal-based fats. The subjects in the study were said to spend on average 1.2 hours per day using a cell phone. More research is obviously needed, but the finding here is troubling. It certainly adds to the growing evidence of health risks from cell phone and other wireless device usage.

How to Prevent Blood Clots

While blood thinning medicines may be necessary to prevent clots from forming, there’s another way to support healthy blood right beneath your feet – the subtle, electric charge of the Earth itself. That’s right. All you have to do is make bare skin contact with the ground, either by spending time barefoot outdoors or using specially conductive sheets, mats, or bands indoors that are connected to the Earth. The concept is known as Earthing, or Grounding.

I regard grounding as the one of the greatest health discoveries I’ve come across in my nearly four decades of medical practice. In a 2013 study I participated in, we tested the effect of grounding on blood viscosity, that is, the thickness of the blood. In cardiology, we know that thicker blood is associated with many cardiovascular conditions, including diabetes – the thicker the blood the greater the tendency to clot.

In our study, we took ten healthy subjects and put electrode patches on the bottom of their feet and palms. The patches where connected by wires to a ground rod placed in the soil outside. The changes seen under a microscope from blood samples taken before and after two hours of grounding were remarkable. We found that when people are grounded, their blood flow improves significantly and that red blood cells are much less prone to clump together. The difference was like blood changing from sludgy ketchup to smooth flowing red wine. 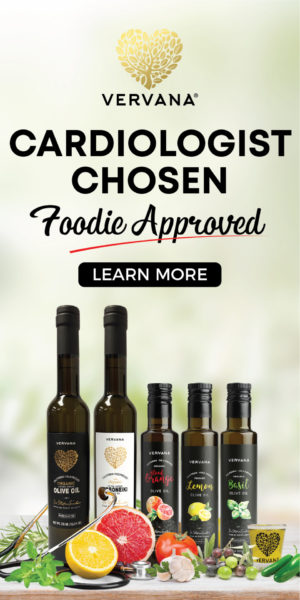